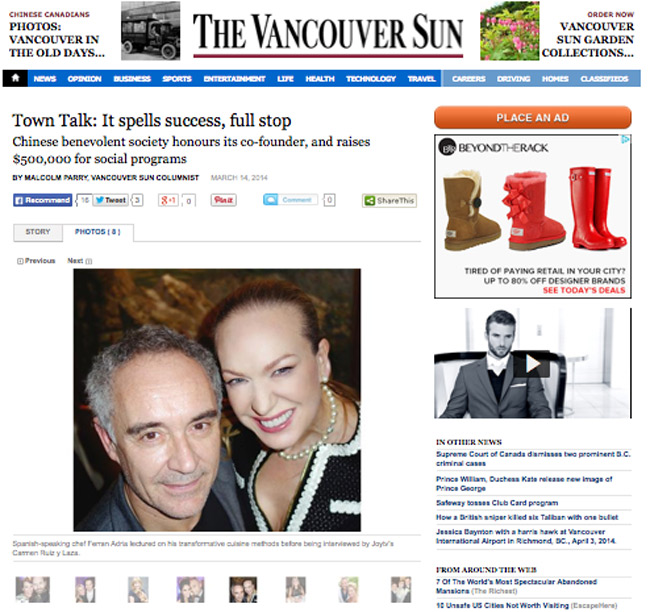 The $700 that each had paid included an interpreter relaying Adria’s account of the transformative cooking style he’d developed at his restaurant on the Mediterranean Costa Brava.

In a Spanish-speaking tete-a-tete later, Joytv interviewer Carmen Ruiz y Laza learned that, si, Adria’s culinary revolution did include pulpo negro, the dish of octopus in its own ink revered in her native Cantabria on the Atlantic shoreline.